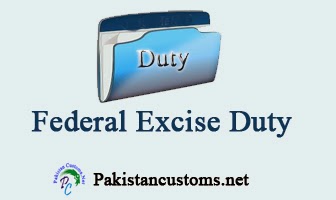 As part of budgetary measures for the year 2007-08, Special FED at 1% has been levied on goods which are manufactured or are imported in Pakistan. This duty is in addition to FED as prescribed in First Schedule of the Federal Excise Act, 2005. For list of goods excluded from purview of this special duty and other details see SRO 655(I)/2007.

2-The goods and services specified in the Third Schedule shall be exempt from duty subject to such conditions and restrictions if any, specified therein and no adjustment in terms of section 6 shall be admissible in respect of goods exempt from duty of excise whether conditionally or otherwise; and
3- The goods as mentioned in the Second Schedule shall be chargeable to FED in the same manner as provided in the Sales Tax Act, 1990, as provided in section 7 of the Federal Excise Act, 2005. The same shall apply to services as notified vide SRO 550(I)/2006 dated 5th June 2006.

List of Items Banned for Import in Pakistan (Latest 2022)